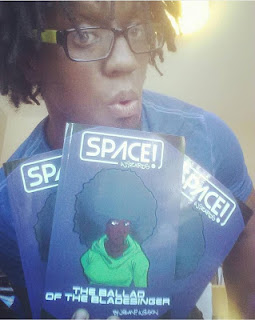 1. Creative writing is the thing to focus on in late-stage capitalism during a brutal pandemic, like why?
A few years back when Octavia’s Brood: Science Fiction Stories from Social Justice Movements came out, those of us who contributed works to that anthology really grasped how speculative fiction is very much a part of agitating for systemic change and envisioning justice. It’s really hard to fight for a future you don’t imagine and can’t articulate. This doesn’t have to take the form of speculative fiction, but speculative fiction offers a lot here because you’re unrestricted by the norms and conditions that dictate so much of our lives as well as our scope for what we deem possible. Opening those possibilities and breaking out of the frames of dominant narratives, implicit and explicit norms of white supremacy, racism, misogyny, xenophobia, homophobia, transphobia, and classism is important for eradicating all forms of oppression and creating a culture in which marginalized people are centered. 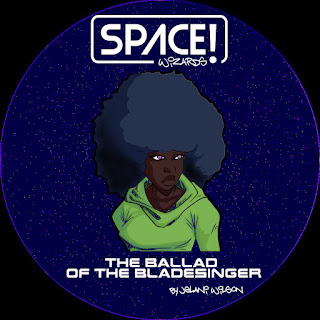 2. So you came up with Space Wizards! as a result of that? A lot of the narrative ideas that have become Space Wizards! have been bouncing around in my head since the mid-90s when I was playing a lot of Japanese role-playing video games and listening to ATLiens in college, but I wasn’t actively writing sci-fi then. Science fiction was how I got into writing as a teenager, but I’d left it behind and I was writing different sorts of fiction and poetry when I was an undergraduate. Even during and after graduate school when I decided to focus entirely on fiction, I still avoided science fiction, opting for slipstream and urban fantasy stories. I was really heavily invested in writing The World of Two-Way Dreams, which I was publishing on JukePop.com—when it still existed.
After a while, I needed some relief. The narrative was getting burdensome and it was getting harder and less enjoyable to write. By this point, Octavia’s Brood was out and making A LOT of noise, so I decided to make another foray into science fiction just to write something purely for fun. I’d written a follow-up to my Octavia’s Brood piece 22XX: One Shot, but even that felt like there was weight and expectations. So, Space Wizards! started from there with a couple bits of narrative inspiration. My rules from myself were simple: be as carefree and wildly imaginative as possible and stop writing the moment it’s not fun. I wrote a lot of the early iterations of the story on Post-it notes and it wasn’t until I realized I had something that could be good that I even typed any of it up. 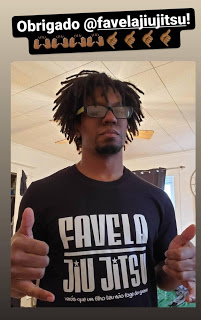 3. There’s some colorful and very specific interstellar profanity in the first Space Wizards! entry, Ballad of the Bladesinger. Tell us about that… Not gonna lie, in casual conversation, I swear A LOT and so it works its way into the dialogue of my characters. When done well, it helps give them a real voice and becomes an important part of their characterization. I found this to be especially helpful when working on The World of Two-Way Dreams. But in a cluster of far-off star systems, people aren’t going to use profanity in the same way. Creating profanity like “fuckmelon”, “shitbean”, and “novafucking” came as a really fun byproduct of some of my basic worldbuilding that not only helped with expressing the personalities of different characters, but also the culture of the Constellation, where the entire story of Space Wizards! takes place.
4. Especially with all the braying about “SJWs” and “politics” in pop culture, why insist on writing overtly political speculative fiction? Well…all the braying about “SJWs” and “politics” in pop culture for starters? That bullshit is all grossly misinformed, and intentionally so. All art is political and all mediums of speculative fiction especially so. Just because the chuds, dickheads, and edgelords missed it (sadly, otherwise, they wouldn’t be like this), doesn’t mean it isn’t there. I envisioned the five Space Wizards that the story follows as literal social justice warriors—with all of the complications, contradictions, and web of issues that come along with that. I also think that along with envisioning just futures, intentionally political art helps us to understand what’s happening in the historical moment we’re living through.
To be clear, my work is not polemic, but it rests on a bedrock of always punching up and characters not just fighting to resolve a personal conflict, but to address (even feebly) a larger, prevailing set of power dynamics that created the conditions for their personal conflicts, problems, etc. in the first place.
But if speculative fiction with a margin-to-center ethos that empowers people who aren’t standard-issue white dudes pisses off pop culture edgelords, then that’s all the more reason to keep cranking these jawns out.
5. Okay, cool, but where’s the rest of Space Wizards! at? What’s next? I gotta give a shout out to the Day One readers out there who have been really, really patient. So, my little boutique publishing outlet, Pages Without Paper, is mostly a one-nerd show (it me; I’m the one nerd), so these things take time. As it stands, all five of the Space Wizards you meet in the Introduction of Ballad of the Bladesinger have completed stories—as do the villains you meet along the way. I’m currently drafting the final section of Space Wizards!, which will hopefully be finished summer of 2021. That is what will determine how the rest is released—along with moving to a new printer and getting The World of Two-Way Dreams ready to be re-released in e-book form.
When I originally decided to release Xenobia’s story as a standalone novella, I hadn’t expected the level of response and attention it’s gotten. It’s been really motivating and inspiring that people enjoy it so much, and that for a lot of readers, it’s their entry point into sci-fi. That’s particularly touching to me, and I want to make sure I put the best work out into the world that I can. For now, I’ll just say your patience will be well rewarded. Some of the best parts of Space Wizards! are yet to come—along with some very dope accompanying artwork by the very talented Antoine Adams.
afrofuturism author blackfutures blackscifi blerd characters indiewriting latecapitalism philadelphia phillywriters scifi sjw socialmovement spacewizards speculativefiction writing